Obesity is a very prevalent condition in Type 2 Diabetes Mellitus (T2DM) patients. A low-degree inflammation is also prevalent in T2DM patients. However, the conjoint effect of obesity and elevated waist perimeter (WP) on C reactive protein (hs-CRP) has been scarcely reported. Present study aims analyzing the hs-CRP values in the Diabetes Cardiovascular RIsk of VAllecas (DICARIVA) study and to assess differences in central obesity prevalence in 650 T2DM patients presenting lower or ≥3 mg/L hs-CRP values. 42.9% of participants were obese while 32.9% presented high hs-CRP values. High WC and the conjoint presence of high BMI-high WP increased 29.5% and 55.6% respectively (both P<0.0001) hs-CRP values vs control patients. The probability of showing high hs-CRP in T2DM was 4.7-times higher in high WP-obese than in their control counterparts. Primary prevention should be addressed to avoid obesity and high WC in order to decrease inflammation and their deleterious effects in T2DM patients.

The term Diabesity has been created to clearly define the powerful link between Diabetes and Obesity [1]. Nonetheless, this linkage has limitations as gynoid vs android adipose tissue location implies relatively low cardiovascular risk and is not highly prevalent in Type 2 Diabetes Mellitus (T2DM) [2]. The adipose organ tissue can be considered a true endocrine organ able to secrete a variety of molecules, called generically adipocytokins, in response to multitude of physio and physiopathological process [3]. Those molecules modulate resistance to insulin, with direct action on insulin signaling pathway or indirectly by stimulating inflammatory pathways [4].

Inflammation is characterized by the presence of a series of cardinal signs, redness, sweat, etc., and changes in the concentrations of certain peptides and other susbtances known as acute-phase reactants [5]. These include CRP, whose high levels in blood have been linked to different obesity degrees [6]. Moreover, CRP elevated levels have been reported in T2DM. Having into account previous premises, we hypothesized that CRP values increase in T2DM patients mostly when central obesity is present. Thus, the aims of the paper were a) to analyses the values of CRP in a T2DM population affected from the conjoint effect of increased Body Mass Index (BMI) and waist perimeter (WP); b) to assess differences in prevalence of central obesity in T2DM presenting CRP values higher or lower than 3 mg/L.

An observational, epidemiological and cross-sectional study was conducted in T2DM patients from the Diabetes Cardiovascular RIsk of VAllecas (DICARIVA) study and diagnosed in the Diabetes and Cardiovascular risk office at the Endocrinology and Nutrition Service of the Infanta Leonor Universitary Hospital in Madrid, Spain. The study sample comprises 650 T2DM patients (304 men and 346 women) managed by endocrinologist from Vallecas area filed in the hospital endocrinology office. Written informed consent was obtained from all patients. Details of the selection made an inclusion criteria have been published elsewhere [7]. Taking into account that CRP values ≥10 mg/L are indicative of strong inflammation and not of low-degree inflammation [8], T2DM patients with CRP values ≥10 mg/L were not included in the present study. Thus, 650 T2DM patients from a total of 735 T2DM patients included in the DICARIVA study were studied.

Blood samples were collected from the antecubital vein after an overnight fast in the laboratory of the Infanta Leonor hospital. Serum was separated by centrifugation (Orto Arlesa 21; Madrid, Spain) at 3500 rpm for 20 minutes. High sensitivity c reactive protein levels were measured by immunoturbidimetry (Wiener Laboratory, Rosario, Argentina). 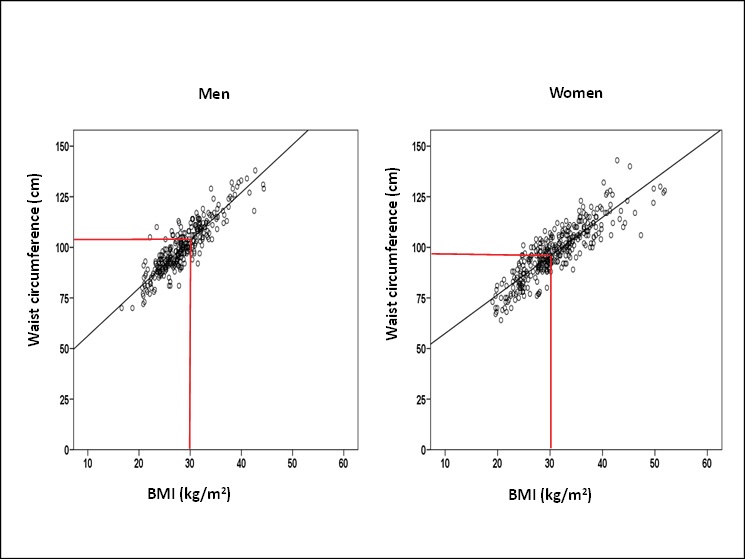 Table 2 shows that 32.9% of T2DM patients had hs-CRP values ≥3 mg/L, and that there were significant differences (P<0.0001) in the prevalence of patients with none, one or two factors among T2DM showing low or high CRP values. Contingence tables shows that obesity distribution was also different (P<0.0001), and the probability to have high hs-CRP values was 4.7–times higher in T2DM with obesity and increased WC than in their control counterparts.

The results from the DICARIVA study clearly suggest that obesity was highly prevalent among T2DM patient (42.9 %). This data agree with those of other studies [1, 11]. All T2DM showing BMI ≥30 kg/m2 displayed increased WC; thus, only three categories were drawn. According to lineal regression adjustments a BMI of 30 kg/m2 corresponds to 103.5 cm in men and to 95.8 cm in women. Concerns on the validity of BMI as a marker of BMI as been reported [11]. In fact 33.5% T2DM patients were non-obese but presented increased WC. The absence of normal WC among obese were probably conditioned by the cut-off points selected [10].

As expected hs-CRP levels progressively increased according to the presence of none, one or two (high BMI and high WC) factors selected related to obesity are its location. Thus, T2DM patients with two factors show CRP values 56% higher than people with 0 factors, suggesting that inflammation was highly prevalent in obese with increased WC. Increased hs-CRP values in obesity have been documented [5, 12]; however, much less information is derived
from T2DM patients with augmented WC but do not diagnosed of obesity. Our results clearly suggest that the conjoint increase of BMI-WC negatively affect inflammation markers that in turn should increase insulin resistance and cardiovascular risk among those patients [3,13]. In fact, obese T2DM people with high levels of WC have 4.7 times higher probability of having CRP values ≥3 mg/L than non-obese T2DM patients with normal WC.

Based in this finding, primary prevention should be addressed to avoid WC and BMI increment in order to decrease inflammation and their deleterious effect in among T2DM patients.