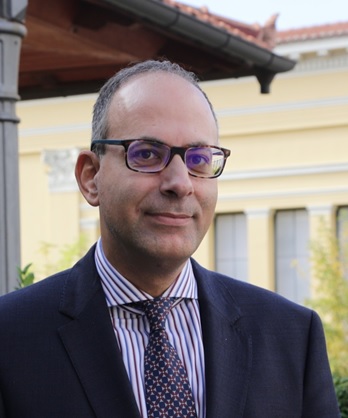 Dr. Nikolaos Papanas is Associate Professor in Internal Medicine-Diabetes Mellitus at Democritus University of Thrace, Greece. He has been specialized in diabetes and its complications in the Diabetes Center and the Diabetic Foot Clinic at King’s College Hospital, London, UK, as well as in the German Diabetes Center at the Heinrich Heine University, Düsseldorf, Germany. He has established an ongoing collaboration with the neuropathy study group of the German Diabetes Center in Düsseldorf. He has published more than 250 papers in peer-reviewed journals with more than 3000 citations. He serves in the editorial board of more than 40 international journals. He has also participated with numerous presentations in Greek and European medical congresses and repeatedly served as invited reviewer in medical journals. He has served in the Executive Committee of the Hellenic Society for Angiology. He is currently a member in the Executive Committee of the Study Group on Diabetes and Nervous System of the German Diabetes Association (DDG). He is also a member of the Executive Committee of the Greek Society for the Study of the Diabetic Foot. He has served as Secretary General and, until very recently, as President of the Hellenic Diabetes Association. He is now the President of the ethics and administrative committee of the Hellenic Diabetes Association. He is also Vice President of the Diabetic Foot Study Group (DFSG, www.dfsg.org) of the European Association for the Study of Diabetes (EASD). He has recently become Visiting Professor, German Diabetes Centre, Düsseldorf. Finally, he is an honorary member of the Cypriot Diabetes Association and the Hungarian Diabetes Association.