Harvesting solar energy using solar cells is the key factor in utilizing the renewable form of energies. In this regard, solar cells fall under two categories, organic photovoltaic (OPV) and inorganic photovoltaic (IPV) [1]. Both OPVs and IPVs have advantages and disadvantages, OPVs tends to give higher efficiencies but its unstable nature renders a greatest hindrance and it is reverse in the case of IPVs. PV-Si solar cells accounts for the highest power conversion efficiency (PCE) of 25 % [2]. The major disadvantage of this is its increased production cost. For this, the search of low cost alternatives with increased stability are in progress in which flexible plastic hybrid solar cells comes under this strategy. Flexible plastic solar cells are made of polymers with inorganic materials in the form of blends or composites. Nanotechnology finds a major role in the designing of plastic solar cells with the concept of quantum confinement [3]. Plastic solar cells utilize the efficiency of Nanomaterial’s in the form of Nano rods dispersed in polymer matrix to convert the solar energy into electrical energy. These Nano rods have a thickness of about 200 nm which can produce 0.7 V which is suitable for low power devices [4]. These Nano rod devices can be designed in a constructive way to increase its efficiency to meet the suitable needs of the high power devices. Plastic solar cell is considered advantageous due to its 2 main reasons, it does not rely on the expensive silicon and manufacturing also does not require expensive equipment’s as in the case of conventional silicon based solar cells. The structure of plastic solar cell consists of the photoactive layer which is sandwiched between 2 electrodes. This structure performs the operations of exaction production and dissociation. The photoactive layer of plastic solar cells is planar in nature and consists of active material in the polymer matrix with increased flexibility. Nano rods in the photoactive layer of plastic solar cells absorb photon and generate an electron which in turn is used as electricity. The main function of the active layer is the production of exactions. In plastic solar cells, the Nano rods used in the active layer produces quantum confinement effect which leads to the increase in efficiency.

Generally, solar cells can be used for a variety of purposes, in particular plastic solar cells due to its advantage of its flexible nature finds application in a variety of purposes where ordinary solar cells cannot play an efficient role due to its rigidity. Due to its similarity like denim, it can be dropped over any surfaces of any shape since it does not need any rigid base [7]. Moreover, the main advantage of plastic solar cells is that the active layer in it is constrained in small bead like structures within a network of electrode layers. This constrained beads acts as a Nano solar cell and produce exactions which are diffused to the electrodes with the help of optical fibers. These fibers are woven into conductive sheets which are then used to design the fabrics leading to designing of wearable solar cells which will be able to charge our mobile phones and iPods. 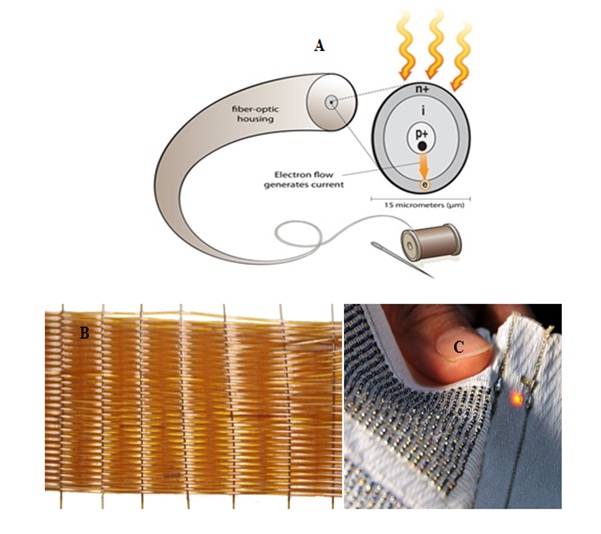 A list of variety of applications of plastic solar cells are described below, 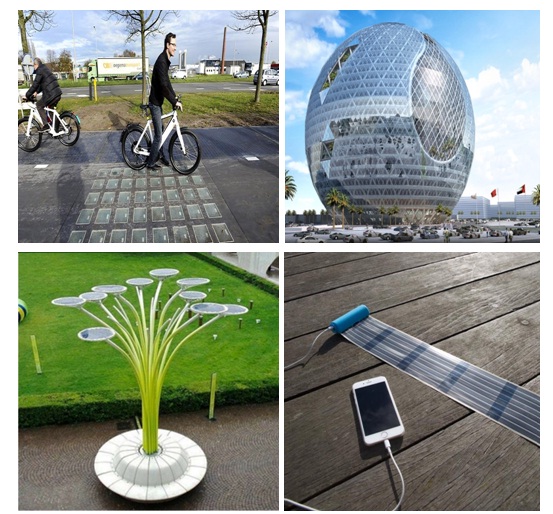 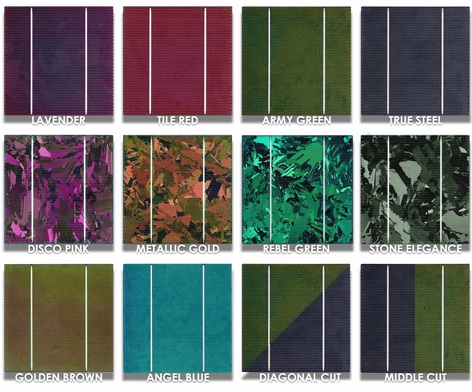 Figure 4: Flexible plastic solar cells in an array of colours [14].